Jordan & Egypt: Petra to the Pyramids 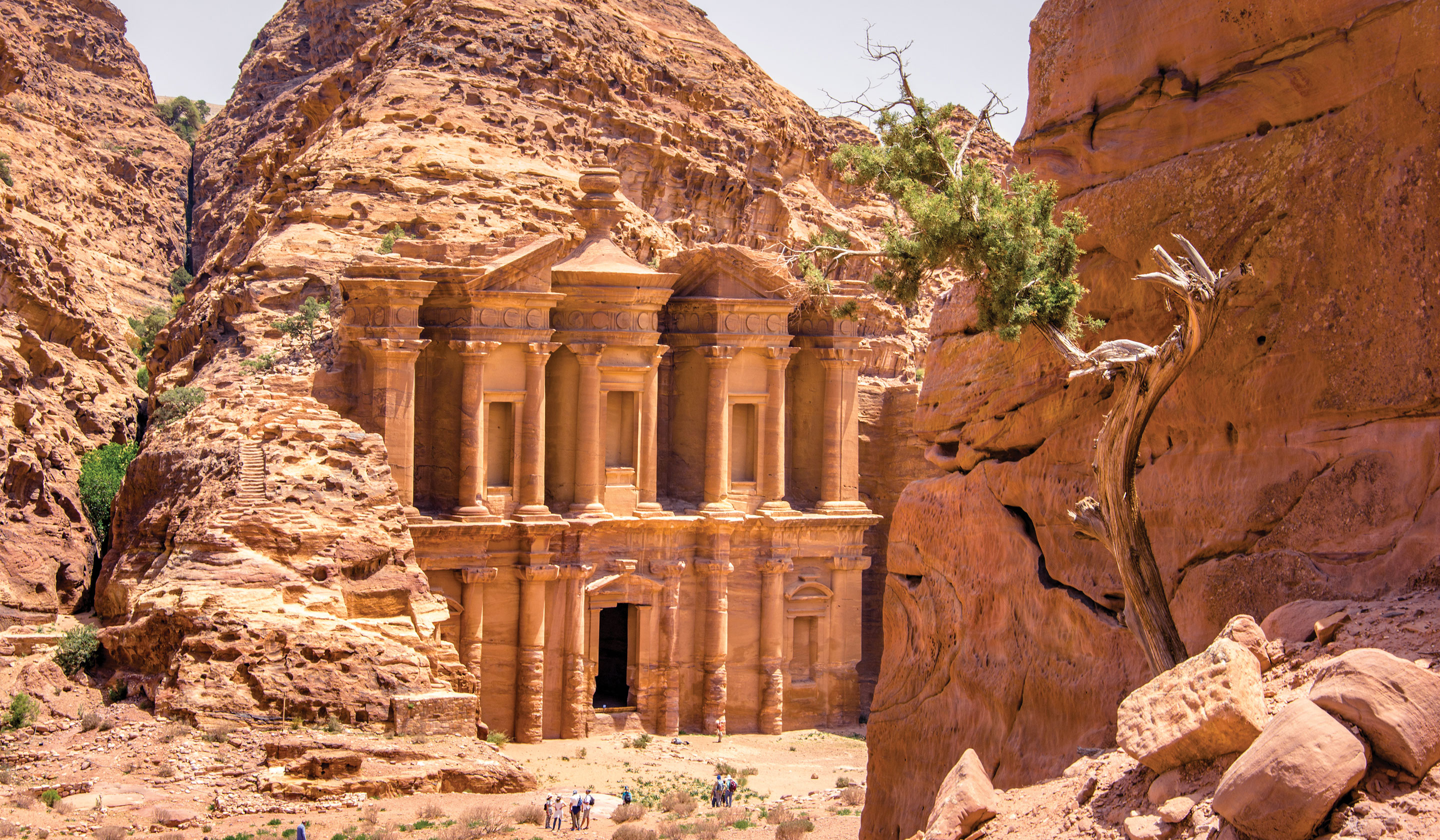 Jordan & Egypt: Petra to the Pyramids


Explore biblical lands untouched by time from atop Mt. Nebo, at sandstone Petra, and in ancient Roman cities surrounding Jordan’s Dead Sea shores. Sail down the River Nile on a journey that spans 5,000 years of history in the world’s oldest civilization. Visit pyramids, temples and tombs that speak volumes about the lives of Egyptian kings and queens, traveling by felucca, camel and small boat to places immortal and intriguing. And indulge in modern-day luxuries, enriched by the past, at premier hotels and resorts with views of the iconic sites you’ve dreamed of seeing.

Explore the awe-inspiring wonders of ancient Jordan and Egypt on this 13-day journey from the Dead Sea to Cairo, including a 3-night cruise on the Nile from Aswan to Luxor aboard a luxury riverboat. Begin in Amman, Jordan, with a visit to the Dead Sea, a popular vacation spot for its spas and historical sites… in Madaba visit St. George Church, famous for its Byzantine art and 6th-century mosaic map… re-discover the “lost” city of Petra, carved out of pink sandstone in a mountain pass at Wadi Musa… Board your luxury riverboat at Aswan for a Nile River odyssey to ancient Egyptian sites, including Abu Simbel, the grand temple built by Ramses II, with towering statues of himself… the Philae Temples, a breathtaking complex of Egyptian, Greek, and Roman temples and monumental statues on Agilika Island… the House of the Crocodile and the Castle of the Falcon at Kom Ombo… the dazzling tomb of Nefertari in the Valley of the Queens… the vast necropolis at the Valley of Kings and the tomb of Tutankammen… and the Avenue of Sphinxes at Luxor. Along the way, shore excursions include jeep safaris, camel rides, a visit to a Bedouin camp, dining at local restaurants, and an Arabic cooking lesson in Amman. Stay three nights at the exclusive Mena House in Giza, your base for exploring the Khufu Pyramid and the Great Sphinx with an expert Egyptologist, as well as treasures of Cairo, including the Hanging Church, the Al Rifai Mosque, the Khan El-Khalili Market, and the new Grand Egyptian Museum.

Aswan, Egypt’s southernmost city, has long been the country’s gateway to Africa and a prosperous market city on the crossroads of the ancient caravan routes. It sits at the ‘other’ end of the Nile not far above the Tropic of Cancer. It was a garrison town known as Sunt in ancient times and it was also important to the early Coptic Christians.

The Nile has Elephantine Island in its centre and this is where the main town and temple area of Sunt were located (the island was known then as Yebu, and later renamed by the Greeks). The temples and ruins here are not nearly as well preserved and impressive as those elsewhere in the country, but there are other good reasons to visit. The Nile is glorious here as it makes its way down from massive High Dam and Lake Nasser, and watching the feluccas glide by as the sun sets over the Nile is about as moving as any travel experience gets.

Offer subject to availability and change without notice. Some restrictions may apply.

Click on the buttons below to request a quote on this deal or contact us directly with further questions or comments.

Request A Quote Send To A Friend Have A Question? Contact Us